Serse Coppi (19 March 1923 – 29 June 1951) The younger brother of Fausto Coppi.  Hi biggest professional win was the 1949 Paris-Roubaix Race. He tragically died from a race crash in the final kilometer of the 1951 Giro del Piomonte.  Seemingly not injured that badly he was able to ride to his hotel after the crash.  Later he was taken to the hospital with a brain concussion and died in Fausto's arms before an operation could bepreformed. 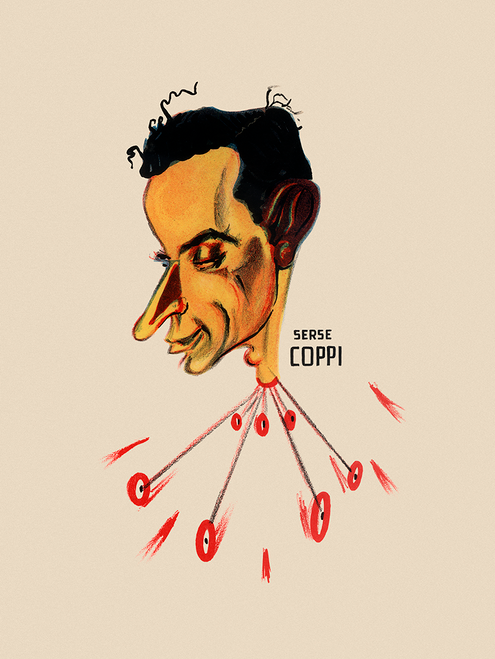