Marcel Bruneliere began the company when he started a mechanics shop in 1925 in Machecoul, France, which specialized in farming machinery parts.

As a side business, he began producing parts for bicycles at about the same time.

The following year, he opened a bicycle manufacturing shop in some horse stables on Rue des Redoux in Machecoul, which produced two to three bikes a day under the brand name Marbru.

It was in 1930 that Mr. Bruneliere first used the brand name Gitane on bicycles, produced by ten people in the small workshop. However, frame production would not begin until 1940, when the company began producing complete bicycles. The company was renamed Cycles Gitane in 1952, and began producing motorcycles in addition to bicycles, quickly growing to the number 4 producer of motorcycle engines in France. At the time, Cycles Gitane began to sponsor bicycle racing teams as well as motorcycle racing.

The firm made its first big impact on the professional cycling circuit in 1957, when Jacques Anquetil rode a Gitane to victory in the French National Championships. This began a period of prominence for Gitane in bicycle racing which would peak in the early 1960’s, late 1970s/ early 1980s. 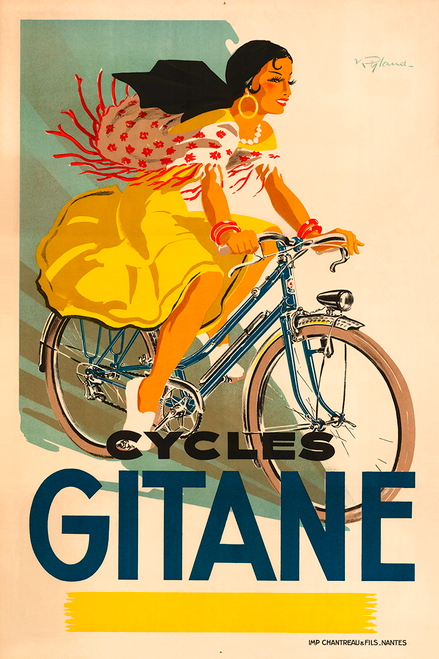