The man and woman in this poster are the artist and his wife!

Manuel Robbe (1872-1936) Born in Paris in 1872, Manuel Robbe developed his art during the years of controversy preceding the revolution of early 20th century modern art.
Robbe studied painting at the Academie Julian and the Ecole des Beaux-Arts. He learned printmaking early on, exhibited at the Salons and won a metal at the Paris Exposition Universelle in 1900. Following the productive years of his youth, Robbe served as a pilot in the First World War. Afterwards, as happened to so many after the experience of war, he lost much of his creative impulse. 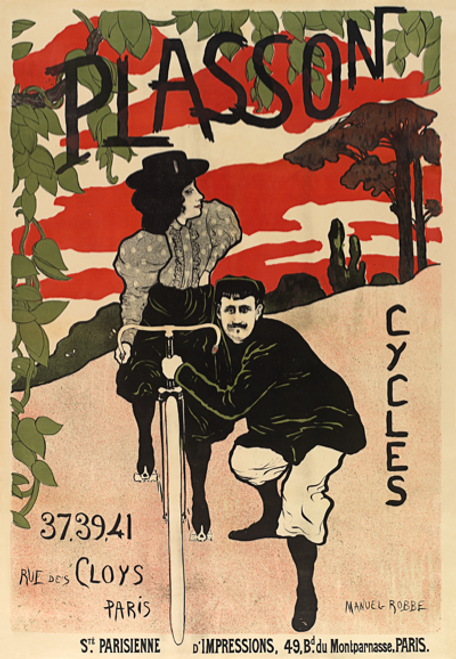